Come and Learn The True History of North Omaha 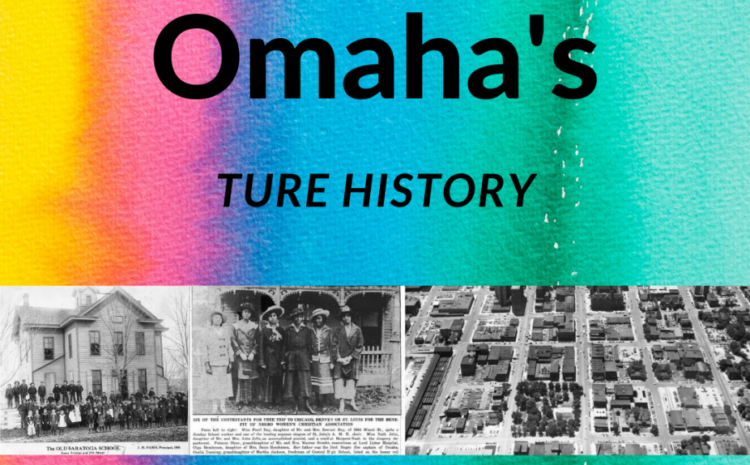 By: Xuming Zhang, A Student at the University of Nebraska at Omaha, as part of Heather Nelson’s Service Learning Academy class.

Origin of The North Omaha Civilization

Regarding the origin of the North Omaha civilization, it may be traced back to the Indian tribal civilization thousands of years ago. According to Adam FC Fletcher’s description, about a thousand years ago, Indians mainly lived in North Omaha in the dense forests on both sides of the Missouri River, and Before Europeans came to North America, during the woodland culture period, the Ponca in the north and the Pawnee in the west sometimes came to Omaha to hunt.

The Development of Modern Civilization

Regarding the development of modern civilization, it can be traced back to the time when Europeans first set foot on this land. According to Adam FC Fletcher’s description, there is anecdotal evidence that Europeans first set foot on this land of Omaha in 1804. Completed by the Louis and Clark expedition. And eight years later, in 1812, North Omaha began to have the first European settlement, but this year the settlement was not built for community life, but for the European fur trade. The site is located at the foot of the cliff in Hummel Park and was built by Manuel Lisa. Adam FC Fletcher also talked about two pioneer towns in Omaha, namely Florence and Saratoga. The establishment of these two small towns was mainly due to the attempts of Mormons to find the leader of Omaha. Although hundreds of people in the team died in the winter, this aroused the curiosity of Europeans and began to gradually move in North Omaha.

The Beginning of Black Culture

The black culture of North Omaha actually started from the early community of North Omaha. Adam FC Fletcher mentioned in his article that early North Omaha was a community composed of many races. The community at that time It is composed of 5 races including blacks. As black people were treated unfairly since then, more and more black leaders began to emerge. For example, the first black legislator appeared in 1893, as Adam FC Fletcher said: “A world war brought the community’s beautiful interpretation of the so-called “New Negro Movement” and since then it has gradually formed the black culture of North Omaha.If you want to learn more about the North Omaha history time line, go to https://northomahahistory.com/2015/10/26/a-timeline-of-race-and-racism-in-omaha/, it is an article written by Adam FC Fletcher, and I believe you will find what you want there.