Come One, Come All, Churches for All! 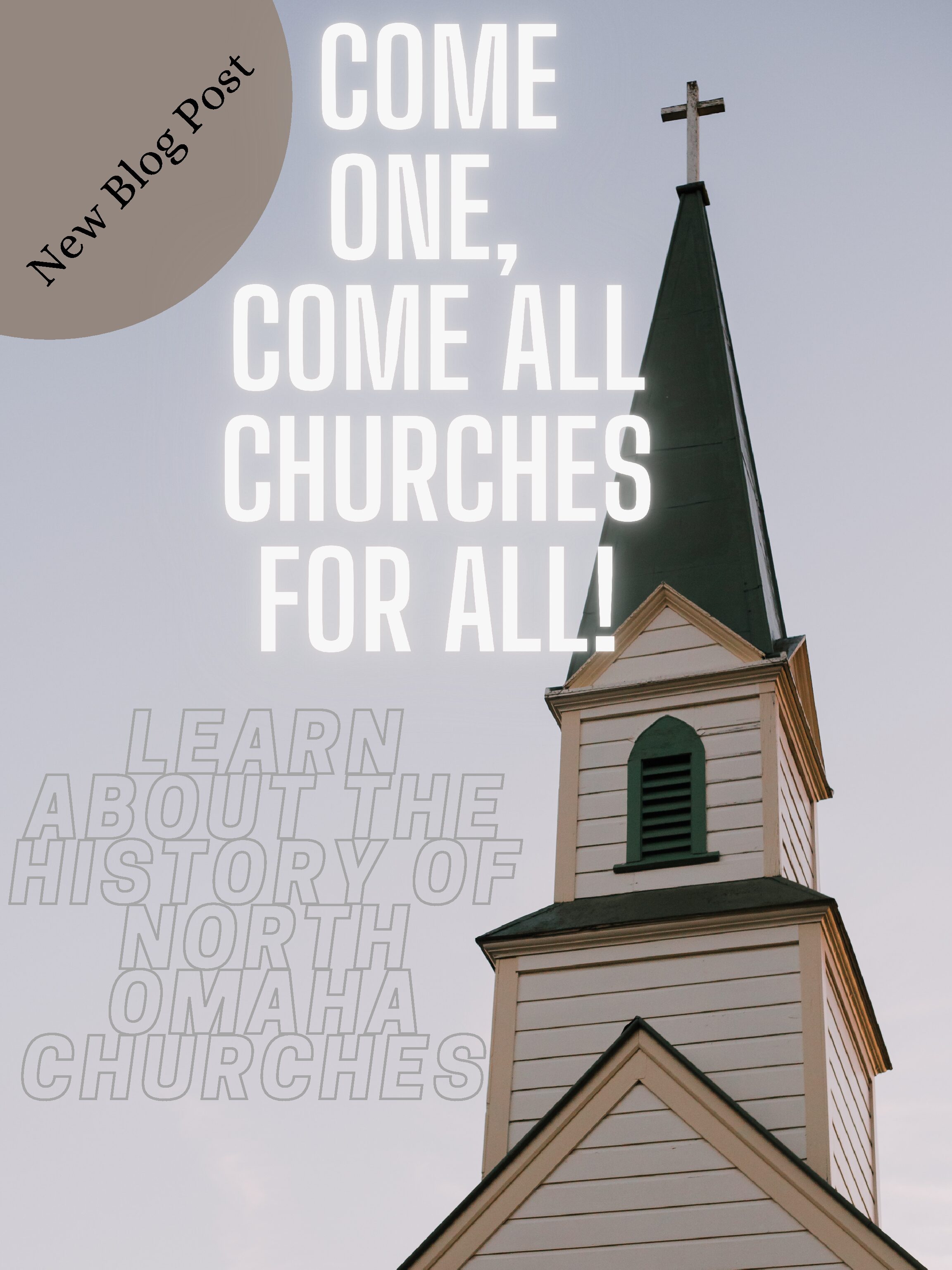 By: Grace King, A student at the University of Nebraska at Omaha, as part of Heather Nelson’s Service Learning Academy class.

North Omaha is home to over 100 different churches. Whether you are affiliated with a religion
or not, it is clear to see that churches are what bring communities together. North Omaha has
beautiful churches that are still standing and still running today after more than 100 years!

The Uniqueness of North Omaha’s Churches

A unique thing about North Omaha’s churches is that many of the early churches were built to
cater to the different ethnic groups at the time. For example, Italian, German, Norwegian, and
Danish-speaking people all had a church to call home! Those were just a few of the many
different ethnic groups at the time of the up-and-coming North Omaha. Another unique thing
about North Omaha churches is that the first Black Church in North Omaha was founded by a
slave named York from the south. As Mr. Adams stated, “….and today, Black Churches are a
shining beacon of hope, positivity, and empowerment throughout the community.” This
statement is so powerful and such a great reminder that Blacks take pride in where they come
from and the faith that brought them to where they are today. As someone who is a Christian and
has visited a North Omaha church, I can tell you that that was the first time I have
seen the joy of the Lord on so many beautiful faces. North Omaha is home to one of the largest
African American churches in the state of Nebraska. Designed by North Omaha’s African
American architect, Clarence Wigington, Zion Baptist Church.

The Future of North Omaha’s Churches

To this day, there are over 100 active churches in North Omaha, and there are no plans to stop planting more churches. Mr. Adams hopes that the community of churches comes together to support one another regardless of their religious affiliation. “Forever strong in their faith, North Omaha’s Christian communities have many faces, names, denominations, congregations, and groups. Hopefully, they’ll learn how to work together to support each other and build the community as a whole.” There is no
doubt that North Omaha will follow through with Mr. Adams’s goal. The history of the many North Omaha churches is a prime example of the strong community they have built and their tenacity to keep their fire burning by the length these churches have been standing. Research on how long the average life of a church has shown that it is about five and a half years. Anyone reading the history and the length of time the North Omaha churches have been around knows that North Omaha churches are very serious about their mission work. If you or your family members or friends are looking for a church in North Omaha, you will not be disappointed by the number of options there are to choose from. You will also not be disappointed by the character and the uniqueness of the church buildings. They bring so much personality and history to every church service. From the tall ceilings to the beautiful stained
glass windows, your eyes will be drawn to every inch of the building as you listen to the special
message the pastor has to share. So be sure to get out there and find your home, your church!