Leaders in the Black Community That You Did Not Know 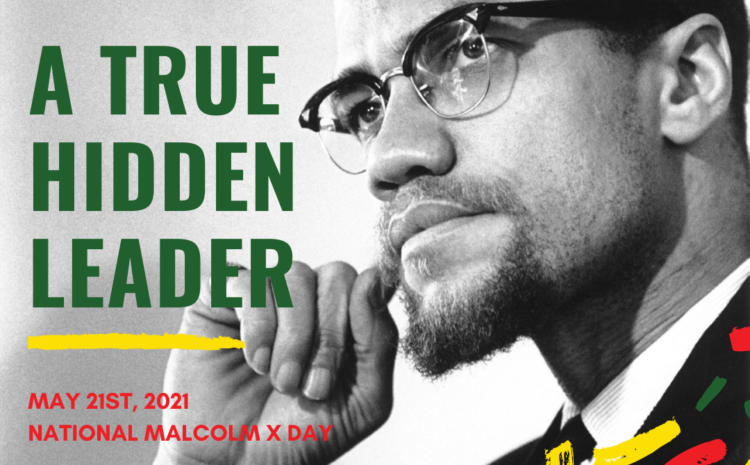 By: Hugo Piles, A Student at the University of Nebraska at Omaha, as part of Heather Nelson’s Service Learning Academy class.

Omaha has been a city of changes and progress. This city has had leaders who pushed the Omaha´s society to move forward and promote changes. These leaders have helped to change the Omaha Community and also helped the black community all over the nation, creating movements in order to fight for their civil rights. One of the most emblematic people to represent this movement is El Hajj Malik el Shabazz, also known as Malcom Little (Malcom X).

Malcom X was born in Omaha in 1925, but he lived here no longer than a year. This is why it Omaha and Malcom X are not tied together, there is not a building or street that has his name, as for other famous people here from Omaha like it is Warren Buffet. Malcom moved with his family to Milwaukee at a very young age. During his lifetime, Malcom fought and defend for the civil rights for the African American community. He also was an important figure in the Islamic religion in the US, He was an assistant minister of the Nation´s Temple Number One in Detroit. Malcom was very engaged to the Islam community as well; this is why he travel around Africa.

Malcom, years later, left the Nation of Islam, and started his own religious community, the Muslim Mosque and the Organization of Afro-American Unity. His leaving from the Nation of Islam caused him problems and threats to his life. Later in 1965, in an Organization of Afro-American Unity meeting hold in New York City, he got killed in that stage.

It is important to also talk about other leaders who might not be that famous but did a lot for the community in North Omaha. Edwin Overall was an African American who did history in the Omaha community by running for the first time as an African American for the Omaha City Council. Dr Matthew Rickets was the first African American to graduate from the University of Nebraska College Medicine, by then it was the Omaha Medical College. Then Dr. Mathew Ricketts got elected to the Nebraska State Legislature, where he served the community and helped the African American people. Yet was born in Kentucky and moved to Missouri, he went to school in Omaha where he finished his studies and then where he practiced politics. Among his political accomplishment it is important to point out the following events and commitments that he did for the Nebraska Community and the African American; He introduced a bill to legalize interracial marriages, a bill to prohibit denial of public services to African Americans, a bill that set an age of consent for marriage, which was on petition of 500 African American women in Omaha, he helped strengthening the state´s 1885 civil rights law. Dr Aaron M. McMillan was a doctor and politician who helped and support the North Omaha community in many ways. He was elected to represent North Omaha´s Ninth District in the Nebraska Legislature, and also was a member in the Douglas County Republican Committee and delegate to state Republican convention. After serving in politics and went to Angola to help people as a missionary. After being there for 17 years, he came back to Omaha where he helped people with medical care.

Omaha and especially North Omaha counts with numerous leaders who did tremendous things for their community and are not remembered as they should have been. It is important point out the accomplishment this leader and heroes made and also many more people who helped and serve Omaha and the black community because we got to know how the history, people and events made today´s Omaha.