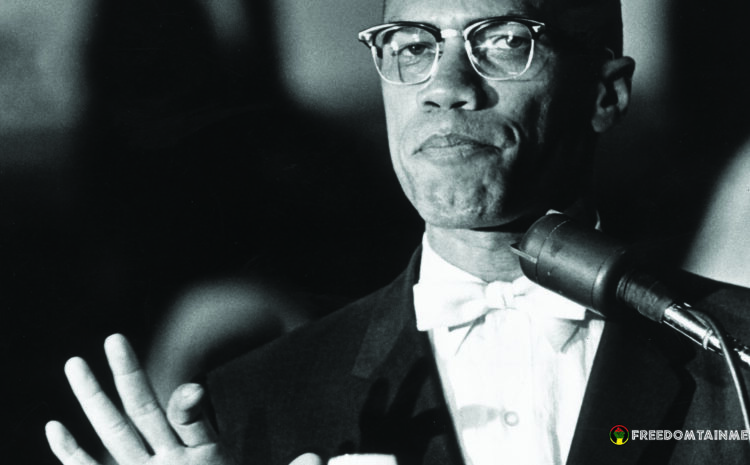 By: WS, A Student at the University of Nebraska at Omaha, as part of Heather Nelson’s Service Learning Academy class

Growing up in Omaha, I’ve always been aware of the national figures born in Omaha and been proud about their accomplishments and achievements in a cool, hometown pride kind of way. While certainly not comprehensive, some of the Omahans that come to mind are:

Greatest among these famous Omahans is civil rights icon Malcolm X. Malcolm X’s legacy and influence is tough to quantify — an outspoken civil rights leader, deep thinker, and powerful communicator assassinated in the prime of his life. In his archives, Adam Fletcher Sasse has researched and recorded the history of Omaha, focusing on the development and history of North Omaha and influential leaders, entertainers, and businesspeople who have called this diverse and historic area home throughout their lives. One of the many articles Adam Fletcher Sasse has written is a Biography of Malcolm X in Omaha.

The man we know as Malcolm X was born Malcolm Little on May 19, 1925 at his family home near 34th and Pinkney. His parents, Earl and Louise Little were active in fighting against rampant oppression and injustice in the Omaha area and were well known in the community. Less than a year after his birth, threats of violence forced the Little family to relocate to Lansing, Michigan. The peace following was short lived as Earl Little was murdered by white supremacists when Malcolm was six years old, and soon after Malcolm began a journey that led him through the foster care and corrections systems for the remainder of his childhood and teenage years.

In 1946, while serving time in prison, Malcolm converted to Islam and changed his surname from Little to X. He chose X as a symbol of the oppression of slavery and as a recognition of the loss of identity that came with enslavement. Following his release from prison, Malcolm X became the chief spokesperson for the Nation of Islam. He was instrumental in growing the membership of the group and became outspoken about the oppression and brutality of the Black experience in America. In 1964, he left the Nation of Islam to found his own organization, Muslim Mosque, Inc., and devote more energy to his role as a leader in the struggle for civil rights.

On February 21, 1965, Malcolm X was assassinated while speaking at an event in Harlem, New York.

In the years following the assassination of Malcolm X, Rowena Moore, a civil rights activist in Omaha, fought to memorialize Malcolm X and protect his legacy. Beginning in 1968, groups in Omaha began to celebrate Malcolm X Day on May 19th. Although events were well-attended, activities were isolated because the City of Omaha refused to recognize Malcolm X Day or support the efforts.

From Adam Fletcher Sasse’s article, A History of Omaha’s Malcolm X Day, “Mrs. Moore founded the Malcolm X Memorial Foundation, and in the past 25 years it has acquired 15 acres surrounding the birth site, created a plaza, built an interpretive center and educational memorial, and started a community garden.” In the years since the assassination of Malcolm X, many people have celebrated the life and legacy of Malcolm X at a variety of events and gatherings. This year on June 19th, the Omaha Freedom Festival will be held at the Malcolm X Memorial Foundation and Amphitheater at 34th and Pinkney.

Finally, I hope to see you at Freedomtainment’s Omaha Freedom Festival on June 19, 2021.