More Than an Intersection 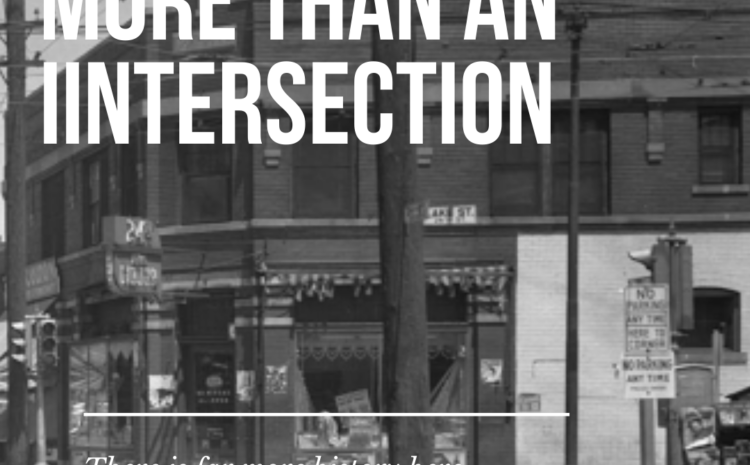 By: Megan Steiner, A Student at the University of Nebraska at Omaha, as part of Heather Nelson’s Service Learning Academy class.

The city of Omaha was started in 1854. “Saunders Street,” named after Nebraska Territory Governor Alvin Saunders, started showing up on maps in 1872. It was then a Douglas County judge named George Lake named the street extending from his property after himself, calling it “Lake Street”. The intersection had a humble beginning being home to a grocery store and a few small businesses. In the 1880’s, eastern European immigrants moved into the area and established communities close to the intersection. They opened businesses, built synagogues and homes.

By 1886, the once small intersection was booming with new stores and services, multiple grocery stores, cafes, taverns, and more. By 1910, the intersection started reflecting the growing presence of African Americans in the community. An increasing number of African Americans owned and operated businesses in the intersection, such as grocers, blacksmiths, and taverns. It was even considered “the heart of the Black Belt” in Omaha by the time of the 1919 Will Brown riot.

The corner of Saunders, now 24th Street, and Lake Street became the most popular jazz destination in Omaha in the late 1910’s. Theaters, social halls, and other performance spaces were opened around the intersection which gave opportunity to entrepreneurs like Jim Bell, who started Club Harlem, and James Jewell, who started the Dreamland Ballroom.

In the 1950’s – 1960’s, the area of 24th & Lake streets suffered greatly from white flight. This was due to the improvements African Americans gained from the Civil Rights Movement, such as desegregated businesses and an end to redlining. The intersection experienced thinning shopping crowds and many closed businesses by the mid-1960’s and the next three years brought the looting and burning of many buildings. This changed the face of North Omaha completely.The intersection, after facing 20 years of half-executed renovation programs, finally caught a break in 2016. The National Register of Historic Places recognized the intersection of 24th & Lake Streets for its important role in Omaha history and added 38 buildings in the area to their new listing. This holds a new hope for the intersection and for regrowing North Omaha. One can only imagine the stories of the people who started businesses on this intersection, who stood there among leaders, or who performed there during its jazz period. The 24th and Lake intersection has proven itself to be more than a place to neglect or ignore. It is and was a memorable and important part of North Omaha’s history and should be treated as such.