Celebration of Juneteenth in Omaha 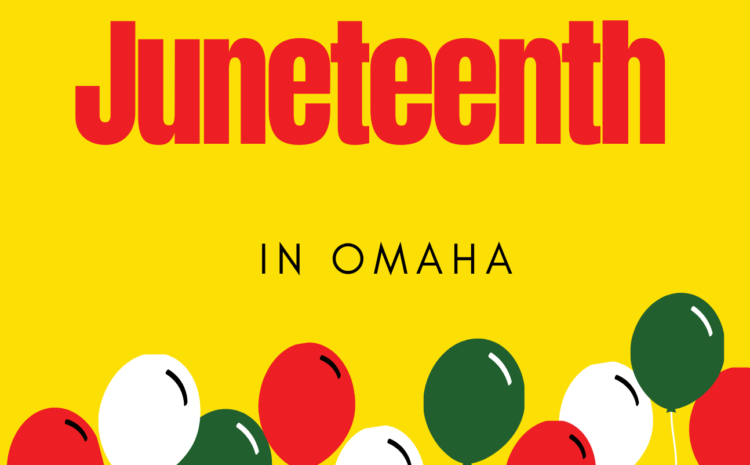 It seems like every year we get a stretch of holidays.  Starting from November-March.  Then From, April-August it seems to be long and drawn out without enjoyable sports and holidays bringing together family and the community.  But hold on, have you heard of Juneteenth?  This historic holiday has been celebrated since 1977!  Juneteenth is the celebration of the Emancipation that President Abraham Lincoln issue on January 1, 1863.  But with everything that is so great never comes smooth.  Omaha never changed it ways for quite some time.  In an article written by Adam F.C. Fletcher on April 17, 2019 he state’s “In 1875, the Nebraska State constitution was formally amended to ban slavery and involuntary servitude, except as a punishment for a crime”.  After this it took them 28 years after President Lincolns Emancipation before they experienced its first publicly acknowledged celebration of the freedom of slaves.  But with this delay from the state only grew the pride and happiness of the community to celebrate this great holiday.  The Emancipation Day is known as many different names.  Juneteenth, Emancipation Celebration, Freedom Day, and Jun-Jun.  All celebrating the same thing, the congress prohibiting slavery in all current and future United States territories and the second was the announcement to end slavery in Texas that was on June 19, 1865.  Juneteenth is celebrated all across the United States.  And although Juneteenth specifically celebrates the Emancipation in 1863,  it took a lot of great activists in the communities across the United states and the movement leaders to maintain those equal rights.  People such as but not limited to Malcom X, Martin Luther King Jr., and Rosa Parks.  Community leaders also played a big role in the movement too.  Community leaders such as but also not limited to Dr. Matthew Ricketts, John A. Singleton, and Ernie Chambers.  So, the communities not only celebrate what happened but the people that made everything happen for today.  In the United States only 45 states celebrate Juneteenth.  But luckily and proudly for the people of Omaha we are one of those many different places that actually celebrate Juneteenth within the community!  Freedomtainment gives us and the community the opportunity to celebrate with them by hosting a Juneteenth Festival by the name of “Omaha Freedom Festival”.  Freedomtainment goals are to educate, empower, and to entertain the Omaha Community about North Omaha culture.  The Omaha Freedom Festival is widely known within the North Omaha community but is open to all of the public.  This year The Omaha Freedom Festival will be held on Saturday, June 19th at the Malcom X Memorial Foundation to celebrate Juneteenth Holiday.  This event is an amazing opportunity to connect with the people in your community while also celebrating an important holiday for everyone.  I will challenge everyone to attend Freedomtainments “Omaha Freedom Festival” this year.  What else will you be doing in June!  Go out and meet your community and bond with them.  Celebrate a historic holiday while enjoying the company, live music, and comradery.