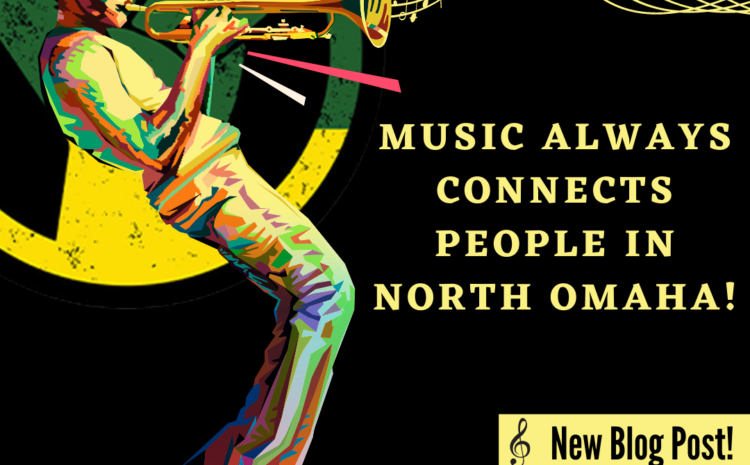 By: A student at the University of Nebraska at Omaha, as part of Heather Nelson’s Service Learning Academy class.

No matter how much you learn, it is difficult to understand the traditional culture and values ​​of the area. Due to the difficulty of adapting to its history and thinking, modern people prefer the latest trends and national cuisine. In my opinion, music is the only thing that can be loved regardless of time, history, or place. Even now, the old way of thinking has not changed, and a lot of music has been loved over time and is connecting with people’s hearts. Jazz, which is still enjoyed by many people, attracted attention in North Omaha a long time ago. A number of well-known artists visited and performed, and the African Americans of North Omaha demonstrated their diverse talents.

North Omaha boasts a history as an important jazz community. Dreamland Plaza is located on 24th Avenue and Lizzie Robinson Street, adjacent to the Dreamland Ballroom. Dreamland was the best night club in Omaha to enjoy jazz, blues, and big band music from the 1920s to the 1960s. It is the site of the city’s recent $2 million investment and is now a hub for cultural activities throughout the year. Many people enjoyed singing, regardless of race, age or gender. The place and music created a bond between people. According to the article “Omaha: The Triple-A of Jazz”, Dreamland was closed in the early 1960s with the end of the big band era and the opening of other venues to African Americans. The music produced by African Americans was not yet recognized by the times due to discrimination. But now many people are smiling at the jazz they created. The Dreamland History Project aims to revive North Omaha as a jazz center.

Besides jazz, hip-hop is the most popular music genre in the world. In the 1980s, North Omaha grew rapidly in the hip-hop scene featuring breakdance, graffiti, rap, and more. There are also music programs launched mainly by African Americans, and the dance to their music fascinated what they saw. North Omaha’s music also influenced education, including promoting elementary school programs that teach students about hip-hop as part of their education.

Many bars and restaurants are still night spots where you can enjoy music. Previously, African Americans were not allowed to stay in ordinary hotels, and their own black hotel was created. That was the first step in a place to enjoy music and drink, like at a bar. Their musical activities were endorsed by many non-profit organizations, which grew to the launch of music programs. The Wesley House United Methodist Community Center, which was particularly popular at the time, gave hope and courage to many African Americans and all North Omaha people. It proved that music was purely valued and enjoyed regardless of race or culture and changed the values ​​of everyone. Since then, numerous music festivals have been held. The annual event in North Omaha is called the Omaha Blues, Jazz and Gospel Festival. It has been held for about 20 years as a charitable concert of the North Omaha Foundation in Fort Omaha since the early 2000s.

The history of music in North Omaha shows that music is about helping and connecting with people. Why don’t you join the Omaha Freedom Festival to celebrate the holidays and enjoy the music?