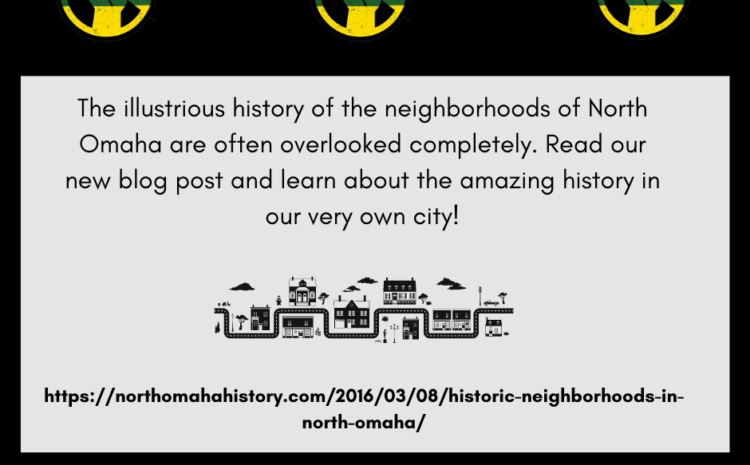 If you would have asked me yesterday about the neighborhoods of North Omaha, I would have very little information offer. This is a part of Omaha that remains largely untouched. As Adam Fletcher said in his article “Historic Neighborhoods of North Omaha” it is a community seen by investors and developers as “dead space.” This lack of knowledge should be especially embarrassing for me, as I am an Omaha native who has lived here for 17 out of my 21 years on this planet. However, how could I have known? Until I read Fletcher’s article, I was only aware of the gentrification efforts in an attempt to create a more desirable habitat for Creighton University. My ignorance is not confined to myself, though. The importance of history in this beautiful city has been undermined by our education systems. Because of that, I will attempt to shine light on the history of some of these neighborhoods as Fletcher did for me. Below are a few of the many Fletcher talked about.

The Town of Saratoga:

What better candidate to kick off these historic neighborhoods than a town who was built in the same year as Omaha City. This town, built in 1854, used to be extremely busy and even had a dock town called Sulphur Springs on the Missouri River. Today, there is little to no signs of the town and Sulphur Springs is essentially destroyed.

A former upscale streetcar suburb built to make money by Herman Kountze. This neighborhood once laid home to the 1898 Tans-Mississippi Exposition and the 1898 Greater American Exposition. Today it is home to many fine churches, former schools, and homes. In fact, multiple homes from this Neighborhood are on the National Register of Historic Places.

This is home to the Joselyn Castle and a location for Omaha’s wealthy to build their houses at the turn of the century. Today, these well-maintained homes offer electric styles more than suitable for comfortable living.

Fort Omaha served in a plethora of different roles. It was a supply depot, a command center for the Indian Wars, balloon training school, signal corps headquarters for the US Army, a WWII prisoner of war camp, and a US Naval and Marine Corps Personnel Center. It continues to play an important role as it is home to the campus for Metro Community College.

Again, the above examples are just a few of the many Fletcher shared in his article. To read more about these neighborhoods and their interesting history, visit https://northomahahistory.com. The Omaha Freedom Festival is an amazing time and reminder to look into the brilliant history of North Omaha. Adam Fletcher does a wonderful job of conveying the importance of understanding the history.