A Historical Secret Behind Grocery Stores in North Omaha 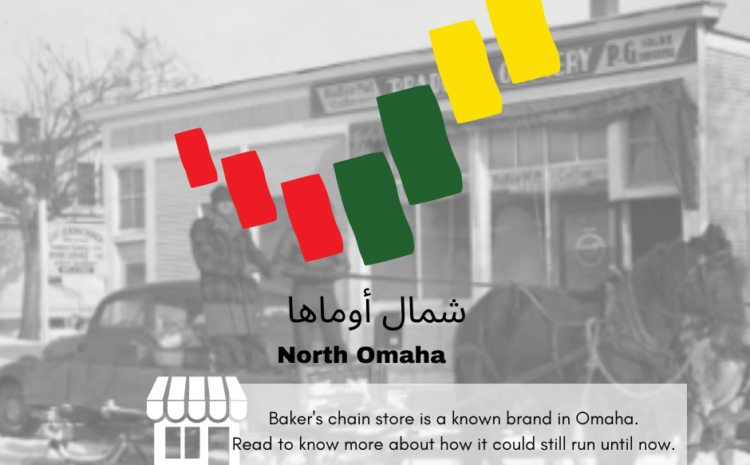 By: Mithaa Alkaabi, A Student at the University of Nebraska at Omaha, as part of Heather Nelson’s Service Learning Academy class.

Comparing Past and Future

Have you ever imagined that North Omaha was a huge commercial center? The secret behind this was the original stores in North Omaha were the first who started to trade goods. Men stored trade goods to swap with other traders such as Native Americans and fur trappers. These kinds of stores ran until 1915. The trade stores sold bottled and canned food, and got goods from several sources. However, another competitor popped up in the town. The traders from the towns of Florence and Saratoga started their business in North Omaha. They changed the well-known commerce in the town. Well-known commerce today is having frozen meat or packaged milk which is unlike the past. The traders used dry goods in their business which they sold for cash to locals. They sold canned foods, baked food, and fresh meat. They also sold vegetables but vegetables were only available in the stores later. The owners of these stores often kept chickens and cows to produce their own milk, eggs, and vegetables.

How the Stores Looked

So, today customers are easily able to get their groceries anytime unlike past in North Omaha,  people used to stand  in-front the grocery store, and calling out to the workers the things they need to buy.One other differences between today and past days in North Omaha is, various things we are able to buy. What we have access to grab and what we want to buy is different what availability what North Omaha used to have.  Most of these stores were handled by grocer and clerks, and many of the owners of these stores were operated by Jewish people. Stores could either operate as cash and carry stores or as credit and delivery stores. They allowed local customers to get to the stores and got what all the needs they had, stores sometimes took unusual place as a store.  Some grocer had their store above their home whereas, some of them launched their store in the back of their houses. As the result, customers became fiercely loyal

Can you imagine a store being open for over 200 years? Unfortunately, none of stores are still running their business because of the competition. By 1915 supermarkets were invented and increase the competition., and a new chain popped out called Piggly Wiggly. The stores spread out in the town, in 1914, there were around 17 grocery stores near 24th and at the lake intersection however, these trade stores were threatened by a new chain. One of these chains was Baker’s supermarket. it was founded in 1927 by Abe baker, who was Jewish grocer.in 1936, Harr Steinberg was credited as the first supermarket innovator in the town. Some small commercial popped out in the North Omaha, but these stores were different than the previous stores. however, some issue appeared between stores over price battles for their business.  selling as many goods to as many people as possible, this was a main goal for all owners of the stores. Over the time there were some stores disappeared and other were still running in their business for a long period. The time have changed, and North Omaha has changed too, the concentration of the fast food in North Omaha hasn’t changed yet, it’s still has the highest ration of restaurants to population in the city However, West Omaha has a lowest amount of Fast Food restaurants. There are some main supermarkets are still remaining in the city for example, Family Fair, Aldi and the Walmart Neighborhood market.