Black History Through The Lens of Film 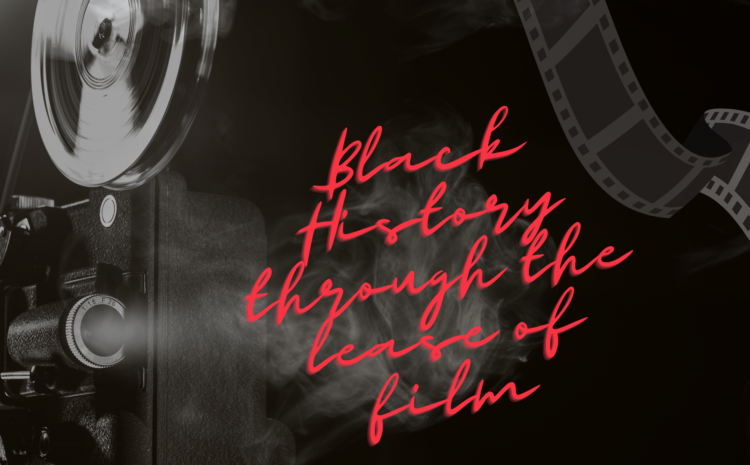 By: Mike B, A Student at the University of Nebraska at Omaha, as part of Heather Nelson’s Service Learning Academy class.

Omaha is where I grew up, Florence, to be specific. My childhood is filled with memories of trips to the grocery store, No Frills or Bakers, with my family. I recall the liquor stores, motels, and strip stores that lined the streets. The Omaha culture means, and will always mean so much to me. I am young, so my memories in Omaha are ones of mingling ethnicities. I am grateful to have been raised in a household that respected and saw as equal those that were “different” from me. From when I was young to now especially, it has always seemed normal for the minority family to simply be my neighbors, my friends, my community. I was caught off guard while reading the Northomaha.com article about the history of black business owners in Omaha. I consider it both a good and a bad thing that I didn’t suspect Omaha history to include racial conflict. I think it’s a good thing because I grew up never seeing minorities, African Americans in this case, as being any lesser than my own white family. It’s a bad thing, because that is not how everyone else sees it, especially in our history. The article opened my eyes, and made me aware of the real history of Omaha. If you would like to read the article, here is the Link.

One specific topic about the article that I would like share with you is about the first ever all black production company in the United States. This company was called Lincoln Motion Pictures Company. It was started by two brothers, Noble and George P. Johnson. They founded this company right in my home town of Omaha. As a small film producer, director, and filmer I knew right away that I wanted to spread the word about the Johnson brothers. Film is a powerful tool to convey deep cutting messages, feelings, and ideas.

The Johnson brothers understood this, and thought to use it to bring awareness to their culture. They made “Films that rebutted negative stereotypes of African-Americans and sought to convey the fullness of Black life in America,” Omaha World Herald. What an intriguing use of the word fullness. I interpreted that has being able to tell the whole story. Word of mouth and quotes can capture bits and pieces of stories, but through film, you have the freedom, nay the obligation to tell your story as you see it, completely. A film is an uninterrupted manifesto fulfilled by scripts and actors. As a film maker, I take great pride in knowing that this history originates in my own city. Film may not be as important to others as it is to me, but film enthusiast or not, this is one momentous accomplishment for the African American story. I was pleased to tell it, in fullness, to the best of my ability and with much respect. If you want to continue learning about black history, visit Freedomtainment.com, look at our other blogs as well as events we are hosting, like the Omaha Freedom Festival!