Buddy Miles: Baddest of the Bad 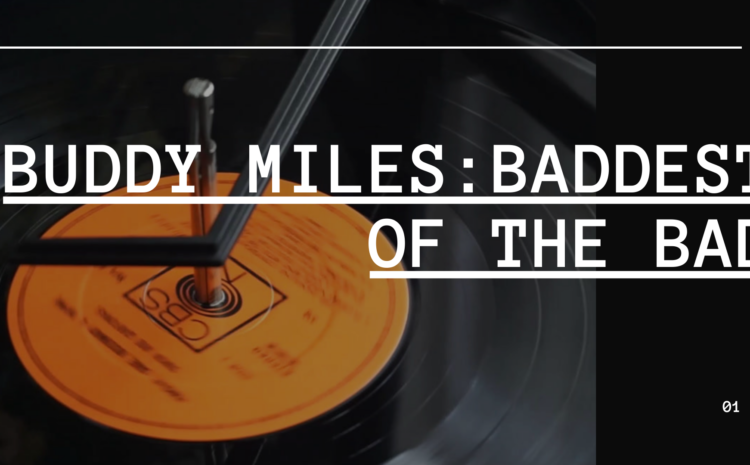 By: Owen B, A Student at the University of Nebraska at Omaha, as part of Heather Nelson’s Service Learning Academy class.

The city of Omaha has a long history of empowering and influential African Americans. To prepare you for the Omaha Freedom Festival happening on Saturday, June 19th at the Malcolm X Memorial Foundation, I thought it would be appropriate to introduce you to a famous musician from the great city of Omaha. George “Buddy” Miles was a rock drummer and vocalist beginning in the 1960s and continued making music until his tragic death in 2008. He began playing the drums when he was just nine years old and joined his father’s band at age 12. By the time he was a teenager, he was already backing vocal groups like Ruby & The Romantics, the Ink Spots, and the Delfonics. In the 1960s, Miles’ career began to take off. In 1967, Buddy moved to Chicago and formed his very first band called The Electric Flag with guitarist Mike Bloomfield and vocalist Nick Gravenites.  The next year, the band broke up and Buddy was then featured in Jimi Hendrix’s album Electric Ladyland. I found it very interesting that Buddy and Jimi became such good friends over their careers. In 1970, they formed a band called Band of Gypsys with bassist Billy Cox, which was one of the first all-black rock bands. One song from this band that I particularly enjoyed was “Them Changes”, which I would recommend to everyone to listen to! After spending one year with Band of Gypsys, Miles formed the Buddy Miles Band. One of the biggest takeaways from Buddy Miles’ career was the wide impact he had on rock music and how many different musicians he was affiliated with. I was able to find his connections to the already listed Jimi Hendrix, but a plethora of other famous musicians such as Joe Perry, who went on to perform with Aerosmith and Carlos Santana. After a career of over fifty years, Buddy Miles sadly passed away due to congestive heart disease on February 26th, 2008 in Dallas, Texas. The day before his death, he was able to hear Rock N Roll Hall of Famer Eric Clapton perform Miles’ most popular song, “Them Changes” through a phone at Madison Square Garden. Clapton is still performing to this day and plays “Them Changes” as a tribute to Buddy. Now that you know more about who Buddy Miles was and what he accomplished in his career, I want to tell you about his impact on the city of Omaha. Before his death in 2008, Buddy accepted a spot in the Omaha Black Music Hall of Fame. In the occasion, he used his time to speak about young people and violence in North Omaha. Buddy grew up around North 24th Street. He spoke of how when we grew up it was full of bars and clubs. In 2005, he spoke of it as a ghost town. He was disappointed to see this because he believed it directly led to violence among young people in North Omaha. Buddy wanted to help change young people’s lives in North Omaha and across the country by partnering with the Union Pacific Railroad to sponsor a nationwide tour that would map out the railroad lines and he would speak to young people and explain the importance of their lives. Buddy was one of the most influential and impactful musicians in not just Omaha, but also the world. In 1995, he was asked how he wanted to be remembered and he replied, “The baddest of the bad. People say I’m the baddest drummer . If that’s true, thank you world.” That leaves us with our title and what I want you to know about Buddy Miles: Baddest of the Bad.