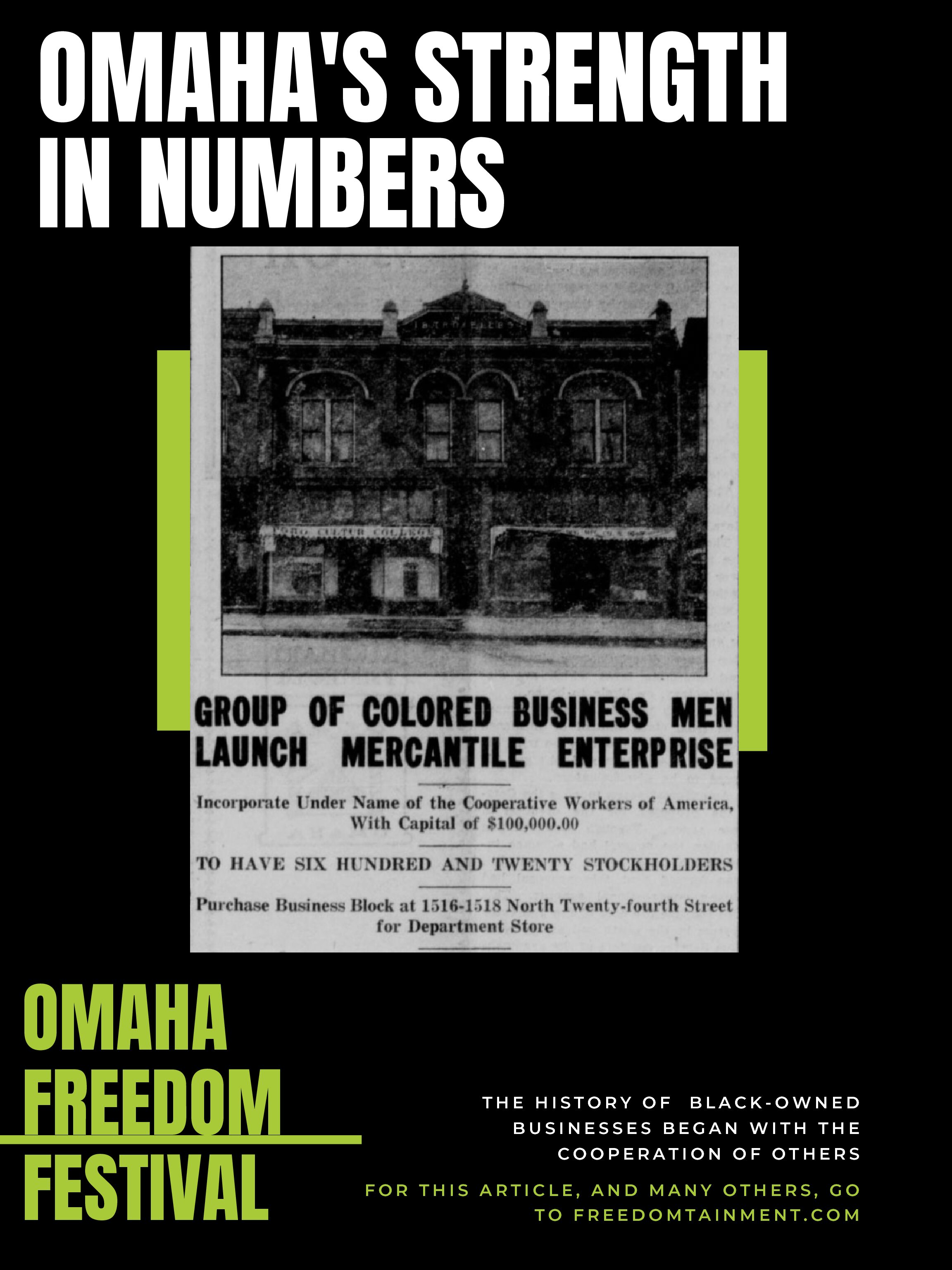 By: Cade Dungan, A Student at the University of Nebraska at Omaha, as part of Heather Nelson’s Service Learning Academy class.

There is a strong history of African American owned businesses in Omaha.  The first black business owner in Omaha might have possibly been Bill Lee, who opened the first barber shop in 1856 at the Douglas House Hotel.  Over the next 40 years, the black business ownership class grew exponentially with lawyers, doctors, undertakers, and writers becoming an important part of their social class.  As time went on, the relationships and comradery of the owners in Omaha grew stronger and stronger.  Many businesses were opened in groups, and Adam Fletcher touches on these businesses in his blog about the Businesses Owned by African Americans in Omaha.

In the early 1900s, John Adams Sr. settled in Omaha with his sons John and Ralph to create a law firm.  Adams Sr. is regarded as a very influential African American lawyer in North Omaha and even became the presiding elder for the international African Methodist Episcopal Church.  As the 20th century came along, John Grant Pegg helped establish the Omaha Negro Business League in 1909.  The organization was “intended to encourage business development and stimulate race pride,” and was led by Pegg, Harvey Saunders, G.W. Obee, Alphonso Wilson, A.G. Edwards, and J.H. Hutton.  At this time, Black-owned businesses had been seen as an important part of North Omaha’s culture.

In 1915, the first all-black movie production company in the United States was founded in North Omaha by brothers Noble and George Perry Johnson.  The company was called the Lincoln Motion Picture company and soon after the creation, they moved to Los Angeles but still continued distribution through Omaha.  In the six years the company made films, they were known for “films that rebutted negative stereotypes of African-Americans and sought to convey the fullness of Black life in America.”  Soon after, in 1920 a group of African American investors created the Kaffir Chemical Laboratories Corporation. Raising $500,000 to start, the company was proud to say they were financed by “race capital.” That same year, the Colored Commercial Club was established to help men and women be selected for employers and to encourage the establishment on Black Businesses in North Omaha.  This was followed with the Omaha Urban League, an organization dedicated in “closing the social economic gap in the African American, other emerging ethnic communities and disadvantaged families in the achievement of social equality and economic independence and growth,” and began to fight for black jobs throughout Omaha.

As time progressed, the public showing of togetherness and cooperation showed.  More and more businesses began to open; Restaurants, grocery stores, funeral homes, entertainment companies, banks, hotels, and many more types of businesses were created by African Americans.  This type of work ethic and love for each other still shows today.   With the amount of support in the North Omaha community, it is easy to show how much the culture and relationships mean to those who live in that Area.  They lift each other up and support one another.  Adam Fletcher touches on the promotion of Black Businesses in Omaha today in the same article.  Some include Omaha Magazine, City of Omaha Human Rights and relations, Urban League of Nebraska, and many others.

This year, Freedomtainment is holding the Omaha Freedom Festival on June 19th, 2021 to celebrate Juneteenth.  This event would normaly start after the NAACP Parade that is held each year in North Omaha. Unfortunately, it will not be taking place in 2021.  After the Parade, the tradition of celebrating black owned businesses will continue from 1-5pm at the Malcom X Memorial Foundation.  Some of Omaha’s current African American owned businesses will be out and about at the Omaha Freedom Festival and there will be other activities that include, health screenings, Kidz Zone, and concessions. The event is then followed by a free concert at the same location.