The Birth and Death of Omaha’s Black Panther Party 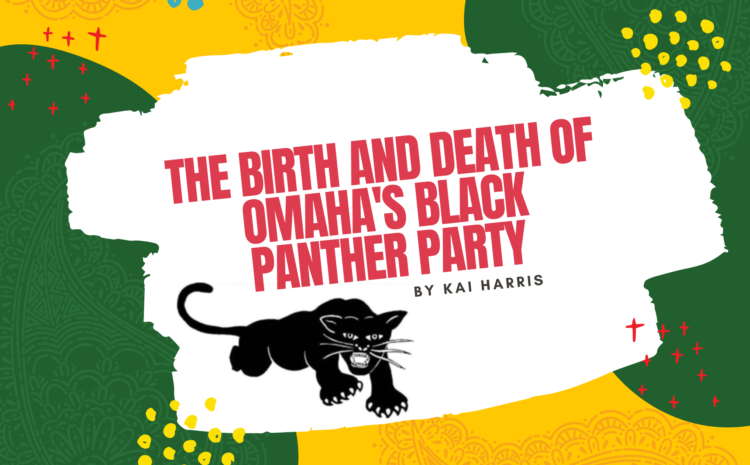 By: Kai Harris, A Student at the University of Nebraska at Omaha, as part of Heather Nelson’s Service Learning Academy class.

In honor of Black History Month, Warner Bros. Pictures released a new movie called “Judas and the Black Messiah” that can be watched on HBO Max and also in theatres. The movie paints the story of betrayal and assissination of Fred Hampton, the chairman of the Black Panther Party in Illinois. This movie sparked my curiosity for the Black Panther Party in the city of Omaha, where I reside.

From the start of the article Sasse states that information on the Black Panther Party is very limited, however with the help of William C, he was able to create a timeline of events for the organization. Since the late 1880s, African Americans in the Omaha community have been dealt the harsh conditions of discrimination and segregation. On July 28, 1966, the Omaha Black Panther Party was founded by Eddie Bowen. Bowen and many members fought to end police brutality and build their community up in several different ways discussed in the article.

Though they were looking to help the wellbeing of North Omaha, the government saw them as a major threat. The FBI began working to deconstruct the Black Panther Party in Omaha in the summer of 1969. According to the article, the FBI worked with the Omaha Police Department to arrest members of the party. Several news stations and newspapers worked to undermine the reputation of the organization, and condemn them for causing the shootings, bombings, and other criminal events that happened in the North Omaha area. This led to the end of the Black Panther Party. Though this was the end of the Black Panther Party, former members soon created new organizations to continue their restless fight for justice.

In the “Ending Omaha’s Black Panthers” section of the article, Sasse talks about the imprisonment of Ed Poindexter and Mondo we Langa who were convicted of a crime they lack evidence of committing. This tragic story is told more in depth within the article, and can also be found in Adam Fletcher Sasse’s website here.